Impossible really is nothing—or so a recent class-action lawsuit would have you believe.  Philip Williams is suing Burger King: Williams v Burger King Corp, U.S. District Court, Southern District of Florida, No. 19-24755. He claims a heavily advertised “Impossible Whopper”, which famously does not contain beef, was contaminated by meat when it was prepared on the same surfaces as the traditional beef burgers and consumed by him.  Williams, who ordered his “Impossible Whopper” at an Atlanta Burger King drive-through, claims he would not have paid the above average price, had he known the patty would be “coated in meat by-products.”

His lawsuit, which was filed in Miami federal court, is seeking damages for all United States purchasers of the “Impossible Whopper” and includes an injunction that requires Burger King to “plainly disclose” the preparation surfaces of both “Impossible Whoppers” and beef burgers will be the same.

Burger King declined a comment to Reuters, citing its lack of willingness to comment on pending litigation.  The official Burger King website, describes the “Impossible Whopper” as “100% Whopper, 0% beef” and notes, “for guests looking for a meat-free option, a non-broiler method of preparation is available upon request.”

END_OF_DOCUMENT_TOKEN_TO_BE_REPLACED 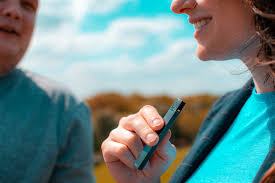 Cigarettes, once a staple in American society and culture, reached a record low 14% usage rating among adults in 2017, according to the U.S. Center for Disease Control and Prevention (CDC). For comparison, at the height of U.S. adult usage, the CDC reported 42.4% of adults smoked.  Many factors play into this decline, but perhaps the most relevant is the emergence of e-cigarettes or “vapes”.

Vapes, or vaporizers, act as an alternative nicotine option to cigarettes and chewing tobacco.  They work as follows: 1.) A sensor in the device acknowledges an inhalation 2.) The sensor triggers a vaporizing device that heats up the nicotine-containing flavored liquid to such an extreme temperature, it turns into vaporized smoke 3.) The smoker extracts and inhales the vaporized smoke through a mouth piece.

There has been an immense amount of controversy surrounding the flavored liquids; those who oppose them argue that companies like San Francisco-based Juul, and their flavors, target minors and young people.  Juul, who named its vaporizing device “juul” as well, made headlines recently when it pulled its tasty flavors, limiting its production to just “Virginia Tobacco, Classic Tobacco, Mint, and Menthol”.