A new study may send a shock to millions of at-risk Americans.  The study, which was published in the American Journal of Gastroenterology early this week, claims that taking heartburn medication featuring “Proton Pump Inhibitors” (PPI) could increase your chances of contracting the cause of the current pandemic, COVID-19.  In fact, it claimed the medication could make you between 2 – 4 times as likely to test positive for the potentially deadly virus (compared to non-users).

The study, which was led by Cedars-Sinai Medical Center’s Dr. Brennan Spiegel, surveyed over 86,000 individuals through online communications.  Among them, more than 53,000 people reported taking medication for pain or discomfort associated with gastrointestinal regions of their bodies.  Ultimately, over 3,300 of them tested positive for COVID-19.

Although there is an array of medications to deal with gastrointestinal issues, proton pump inhibitors are extremely popular, and accessible.  Offered both through prescriptions and over-the-counter, popular medicines featuring PPI’s include, but are not limited to: Prilosec, Prilosec OTC, Zegerid, Prevacid, Protonix, Aciphex, Nexium, and Dexilant. These medications act by turning off pumps in cells that release acid into your stomach, and can be taken once or twice daily.  The study also determined the more frequently an individual was to take PPI medication, the more likely they would be to contract COVID-19.

END_OF_DOCUMENT_TOKEN_TO_BE_REPLACED

Following the FDA’s 1985 approval of Elmiron, Janssen Pharmaceuticals, a division of healthcare giant Johnson & Johnson, began production and distribution.  Elmiron has been open about known side effects, such as hair loss, bruising, diarrhea, gastroesophageal reflux, headaches, skin rashes, and sleep disorders.  However, studies completed in 2018 and 2019 determined that up to 25% of individuals who used Elmiron over an extended period of time developed vision loss and damage to their eyes, which has raised concern over whether the drug is safe.  The condition caused by Elmiron is referred to as “pigmentary retinal maculopathy of unknown origin.” Although maculopathies are fairly common conditions, the one seen in Elmiron patients is so rare, it was given its own name and its cause is referred to as “unknown origin.”

If these symptoms or circumstances sound familiar to you, you should immediately schedule a visit with a medical expert.  Vision loss, retinal damage, and dark spots on your retina may be signs of adverse impacts of Elmiron.  The more exposure an individual has to Elmiron, the more likely they are to develop serious vision issues.

END_OF_DOCUMENT_TOKEN_TO_BE_REPLACED

The U.S. Department of Transportation’s National Highway Traffic Safety Administration (NHTSA) announced on January 25, 2018 that it is launching a new initiative to fight drugged driving.  With a national opioid epidemic and numerous states legalizing marijuana, drugged driving is an increasing problem on America’s roadways.  The NHTSA, through its initiative, is making it a top priority to improve safety and reduce deaths caused by drug impaired motor vehicle crashes through creative solutions.

“Nobody can solve drugged driving alone, but by sharing best practices we can begin to save lives today – we cannot afford to wait,” said Heidi King, NHTSA Deputy Administrator. “And by advancing the science and the data, we can address this problem for our communities in the future.”

The NHTSA is hosting a summit on March 15 to kick off its initiative.  According to the agency, the summit will explore the best practices for educating the public on the overall risk of drug-impaired driving; collecting consistent data; testing and measuring driver impairment levels; and enforcing Driving Under the Influence of Drugs (DUID) laws.

END_OF_DOCUMENT_TOKEN_TO_BE_REPLACED

Kristiana Burrell lived in Fairview, North Carolina, where she was raising her six children, three of her own and three step-children. She made the decision to take an extra measure in her birth control plan and spoke to her gynecologist about an Essure implant.

After having the birth control device placed in her body, Kristiana continued to use traditional birth control methods as well, which is suggested by both Bayer – the drug manufacturer – and gynecologists who prescribe an Essure device. However, Essure failed her and she found herself pregnant with what would be her seventh child.

The Burrell family took the news of a new family member in a positive light and starting preparing for their new addition. They were very excited and started preparing for the baby immediately. But just 27 weeks into the presidency, tragedy struck.

END_OF_DOCUMENT_TOKEN_TO_BE_REPLACED

“Safety first” may seem like an old and perhaps cliche phrase, but, this month it means so much more.

According to the National Safety Council, June is annually deemed National Safety Month. This includes safety at home, at work, on the road and in the community. The focus of the month is to prevent injuries and deaths in each of these environments.

Each week in June, the NSC will be providing online materials for anyone to download and utilize during the month. Every week corresponds with a new safety topic:

END_OF_DOCUMENT_TOKEN_TO_BE_REPLACED

Two different flavored cough syrups for children from several national pharmacy chains and grocery stores are being recalled due to a chance of overdose.

The affected flavors are cherry and grape, and are being recalled by nine large retailers in the country including CVS, Rite-Aid, Kroegers, Dollar General, Sunmark, Topcare, Care One and GoodSense. The syrup itself is made by Perrigo Company Medicine but according to reports, it is sold under a variety of store-brand names.

The danger of overdose comes into play with incorrectly labeled dosage cups that come with the four-ounce bottles of syrup. Thankfully, no overdoses have yet to be reported.

END_OF_DOCUMENT_TOKEN_TO_BE_REPLACED

A new prescription painkiller is causing alot of concern among health care and consumer groups. The drug is called Zohydro and it’s a opioid analgesic that was approved by the Food and Drug Administration (FDA) last fall to treat chronic pain. It will become available to patients this month.

In an article in CNN.com, one addiction expert is quoted as saying, “It’s a whopping dose of hydrocodone packed in an easy-to-crush capsule. It will kill people as soon as it’s released.” Health care and addiction treatment groups are appealing to the FDA to revoke their approval before tragedy strikes.

In late 2013, 29 state attorney generals as well as members of Congress sent letters to the FDA asking them to review their approval of the drug. The feeling is that Zohydro could be the new OxyContin, another prescription painkiller that is often abused because of its high concentration of oxycodone.

END_OF_DOCUMENT_TOKEN_TO_BE_REPLACED

The U.S. Food and Drug Administration (FDA) issued a warning this month to health care professionals asking them to discontinue prescribing prescription combinations drugs that contain more than 325 milligrams of acetaminophen as more than that amount can cause liver damage.

According to an article on CNN.com, acetaminophen is often used in prescription medications such as oxycodone (also known as Percocet), hydrocodone (also known as Vicodin), and codeine (such as Tylenol with Codeine). But consumers may not be aware that these prescription products, considered combination drugs, can contain acetaminophen. A patient who may need more relief from pain could take an additional dose of over-the-counter (OTC) acetaminophen. The FDA explained, “Many consumers are often unaware that many products (both prescription and OTC) contain acetaminophen, making it easy to accidentally take too much.”

END_OF_DOCUMENT_TOKEN_TO_BE_REPLACED

USPlabs of Dallas is recalling their OxyElite Pro products after investigators linked the products to dozens of cases of hepatitis and liver failure.

According to an article on FoxNews.com, the cases were initially reported in Hawaii, then cases were linked to other states as well. The products, which are dietary supplements used for weight loss and to build muscle, are thought to have impurities. The Food and Drug Administration (FDA) said one patient died, another required a liver transplant, and others are awaiting liver transplants.

The FDA issued a letter to USPlabs notifying the company that they must issue a voluntary recall, or the FDA could order a halt to distribution of the products. According to the article, this is the second time that the FDA has used its recall authority under their Food Safety Modernization Act. 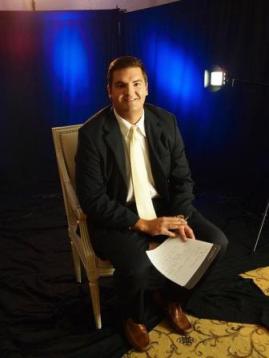 The attorneys and staff of O’Connor Law pride themselves on keeping up-to-date on their areas of practice. This week, Attorney Dave Miller is attending the New Jersey Association for Justice’s Boardwalk Seminar 2013 in Atlantic City, NJ. The two and a half day training event includes in-depth educational lectures on trial strategies and litigation techniques, including personal injury, nursing home neglect, and medical malpractice, just a few of the firm’s areas of practice. The seminar also provides attorneys the chance to visit with over 160 legal vendors and network with almost 2,000 other attorneys.