For the last several years various companies have worked to make self-driving cars a reality. Google has been working on a self-driving car since 2009. Automaker Tesla has gone a step further, their “Autopilot” feature has been available on consumer vehicles since 2014. Tesla CEO Elon Musk estimates that by 2019 “Autopilot” will allow vehicles to drive people to their destinations safely while the driver sleeps.

END_OF_DOCUMENT_TOKEN_TO_BE_REPLACED

The odds of getting into a crash increase with the number of cars on the road and Memorial Day weekend is one of the most heavily traveled weekends of the year.  The American Automobile Association (AAA) projects 34.6 million people will drive 50 miles (80 km) or more from home during this holiday period, the most since 37.3 million in 2005 and an increase of 2.4 million people from last year.

National Safety Council put out their highest estimate of Memorial Day holiday accident fatalities since 2012. The estimated number of fatalities is 12% higher than the average number of deaths that occurred during the previous six Memorial Day holiday periods.  The Council also estimates around 47,000 people may be seriously injured on the roads during the three-day holiday period, beginning Friday, May 26 and ending on Monday, May 29.

“Memorial Day should mark the start of summer – not the start of another deadly driving season,” said Deborah A.P. Hersman, president and CEO of the National Safety Council. “Paying attention, slowing down and being courteous can ensure you and your fellow travelers make it to picnics, beaches and BBQs rather than emergency rooms.”

END_OF_DOCUMENT_TOKEN_TO_BE_REPLACED

With the rising popularity of cell phone use over the years the amount of car accidents caused by distracted drivers has also increased.  More and more drivers are having trouble keeping their eyes on the road and instead are choosing to look at their cell phones to text, use Facebook and snapchat, read and send emails, or do any number of distracting things on their phone.  Even though almost all of the States ban texting while driving, the National Safety Council estimated that as many as 10,000 Americans were killed because of distracted driving last year.

If you are travelling at 55mph and are looking at your phone for 5 seconds you will travel the length of a football field without looking at the road and the possible dangers that exist on it.  By texting and driving you are essentially driving blindfolded and putting your life and the lives of others in danger.

In 2016, the AAA Foundation for Traffic Safety conducted a survey and found that 40% of drivers stated they have read a text or an email while driving, and nearly 1/3 reported typing one.  There have been numerous public service campaigns, such as “It can wait,” to convince people to put down their cell phones while they are driving but the distracted driving epidemic continues to exist at an alarming level.

END_OF_DOCUMENT_TOKEN_TO_BE_REPLACED

Teenagers dream about getting their driver’s license.  It is one of the milestones of their life.  However, handing over the car keys to their child is one of the most stressful moments of being a parent. That stress comes from the fact that vehicle crashes are the leading cause of death among 16 to 24 year olds.

May is National Youth Traffic Safety Month and PennDOT is encouraging parents of teenage drivers to review Pennsylvania’s Graduated Driver Licensing law.  The GDL law has been shown to be effective in reducing crashes and fatalities for teen drivers. The GDL lays out restrictions for drivers with a learner’s permit, as well as those with a junior license.

Last year, PennDOT Secretary Leslie S. Richards began delivering personal safety messages to young drivers convicted of moving traffic violations. Driver’s between the ages 16 and 20 who were cited for driving violations received a personal letter from Richards reminding them of the importance of following the law and the consequences of developing bad driving habits so early in their driving experience.

END_OF_DOCUMENT_TOKEN_TO_BE_REPLACED

The application puts forth the benefits of Pennsylvania as a testing location because of the already existing facilities, environments, and topography within the state. “This application further illustrates that we’re a national leader in supporting automated vehicle development with safety and flexibility in mind,” PennDOT Secretary Leslie S. Richards said. “We’ve put in significant work on this issue with our task force, with our partners in the legislature, and through close collaboration with the industry.”

END_OF_DOCUMENT_TOKEN_TO_BE_REPLACED

Pennsylvania’s Autonomous Vehicles Testing Policy Task Force has created some recommendations for PennDOT to review regarding the testing of Highly Automated Vehicles (HAVs). The public even had the chance to be involved, with the ability to ask questions and review the report during an online public forum that occurred earlier this month. This technology could be the future for transportation, so it was vital that safety as well as modernization were both kept at the highest importance during testing.

“Autonomous and connected vehicles will change transportation and could bring benefits of safer travel and greater ease of mobility for all if rules are in place to ensure passenger and pedestrian safety,” said PennDOT Secretary Leslie S. Richards in a press release. “Since HAVs will bring major changes to our transportation system, it is vital for Pennsylvanians to be informed and engaged in this process, so I encourage the public to participate in the Dec. 12 on-line forum.”

Some key highlights from the recommendations included restricting testing on only certain routes, ensuring PennDOT is notified when any HAV is tested without an operator, and more.

END_OF_DOCUMENT_TOKEN_TO_BE_REPLACED 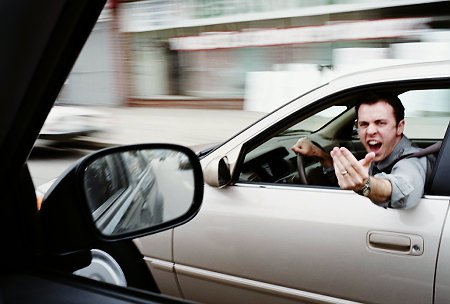 Reckless driving seems easy enough to spot, right? But, accidents still happen and it’s important to know the signs so that you can avoid getting in one. What seems like common sense can sometimes be overlooked on the road. Keep an eye out for these kinds of driving behaviors to ensure you and your passengers remain safe.

If a car is continually running stop signs, blowing through red lights and simply ignoring the rules of the road, they are a hazard. Make sure you are obeying all traffic signs and lights, as well as staying away from those drivers who don’t, to prevent a potential accident.

END_OF_DOCUMENT_TOKEN_TO_BE_REPLACED

Travelers this holiday weekend will be out in full force. In fact, AAA is projecting that over 43 million people will be hitting the road, air, rails and waterways to celebrate Independence Day somewhere other than the comfort of their own home. That figure is the highest total of any previous year and exceeds this year’s Memorial Day total by 5 million.

Of the 43 million travelers, a whopping 36 million (84%) of them will be traveling on the roadways by car. That figure is a 1.2% increase over last year. AAA President and CEO, Marshall Doney, says that lower prices at the fuel pump are the reason for the increased traffic. “Spurred by the lowest gas prices since 2005, more people than ever are planning to travel this Independence Day weekend.”

And Doney is right. National gas prices, on average, are 47 cents lower than they were over 4th of July weekend in 2015.

END_OF_DOCUMENT_TOKEN_TO_BE_REPLACED

Summer brings many exciting things – warm weather, beach trips, days by the pool and more. However, it also brings a new list of potential dangers to the road.

This summer, stay safe by keeping these points in mind: