This new recall means that over 50 different models of vehicles, from model year 2000-2016, from brands such as BMW, Chevrolet, Dodge, Honda, Toyota, and Volkswagen are covered by the various recalls over Tanaka airbag inflators. 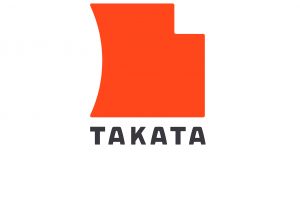 Takata airbag inflators have been under different recalls because of this issue for almost ten years, with the first recall dating back to 2008. In that time, there have been 17 deaths and 180 injuries linked to faulty Takata airbag inflators worldwide. In 2015, Takata was fined $70 million by the US Department of Transportation and in January, 2017 it was estimated that Takata could face up to $1 billion in penalties for the issues, mostly from automakers. In June, Takata filed for bankruptcy protection.

Of the 45 million cars covered by the recall in the United States, only 12 million have been repaired as of December 2016. The National Highway Traffic Safety Administration has a list of every brand, model, and model year covered by the various recalls. It can be found here (https://www.nhtsa.gov/recall-spotlight/takata-air-bags).

If you see your vehicle on this list and you have not gotten it repaired you should contact a local dealer immediately. The longer you go without having the problem fixed the more likely you are of being seriously injured or killed by a defective airbag inflator.

If you or a loved one has been injured or killed because of an airbag not working properly you should call a skilled personal injury attorney. Manufacturers will often try to deny that their defective products are responsible for a person’s injuries, which is why having a personal injury lawyer by your side is important.