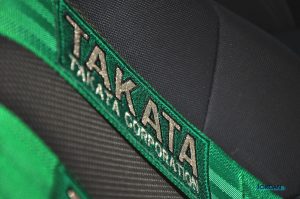 Four major automakers have landed squarely in the crosshairs of a National Highway Traffic Safety Administration investigation.  According to documents posted on December 19th, 2019, Audi, Toyota, Honda, and Mitsubishi are the companies under investigation.  The probe revolves around a Takata airbag recall, which involved 1.4 million airbag inflators.

The inflators are reported to have a unique problem that can cause them to blow apart, sending metal shrapnel into drivers’ and passengers’ faces and bodies.  The issue stems from problems caused by insufficient seals and a chemical deterioration within the product.  Takata, the maker of the air bags, has already recalled approximately 100 million inflators worldwide, while 19 automakers have recalled approximately 70 million inflators, making it the largest grouping of automotive recalls in United States history.

Takata, who has gone bankrupt due to the recalls, believes it’s made about 4.5 million of the faulty inflators.  However, Takata claims only a portion are still in use, because the vehicles equipped with the inflators are so old.

END_OF_DOCUMENT_TOKEN_TO_BE_REPLACED

Takata, a Japanese air bag manufacturer, is recalling an additional 3.3 million defective air bag inflators as it continues to add to the largest automotive recall in U.S. history.  Through the series of recalls, 19 automakers have had to recall up to 69 million inflators in 42 million vehicles.

The National Highway Traffic Safety Administration posted the notice of the expanded recall on the agency’s website over the weekend.