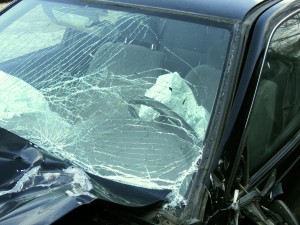 Exploding airbags that can send shrapnel through your body like bullets sounds like something from a James Bond Film, but no this is real life and now about 1 out of every 7 cars in the U.S. are being recalled.

Takata airbags, which you may have heard of due to their previous 18 million car recall, is doubling the size of their recall. Now over 34 million cars are being recalled to have their airbags replaced. Most of the popular cars sold in America are on the list including Toyota, Subaru, Nissan, Mitsubishi, Mazda, Honda, GM, Ford, Daimler, Chrysler and BMW, and majority of the cars were made from 2000-2011. The list of cars in this recall is lengthy and can be found at http://www.safercar.gov/rs/takata/index.html along with details on how to get your airbags replaced if your car is one of the cars being recalled. The full list of vehicles is not yet available from the automakers, but it can be found at that link once it has been released.

The issue with the airbags is a scary one. The inflators in the airbags can malfunction causing pieces of metal shrapnel to shoot out into the driver or passenger of the car. Six people have died worldwide from this malfunction and emergency responders have reported that it looked like they were shot.

Takata was resisting recalling all of their airbags but increasing pressure from the U.S. Department of Transportation has caused them to increase their recall. This really is a recall on a massive scale.