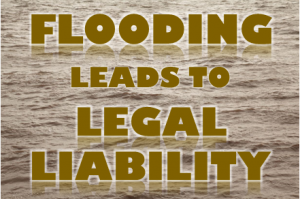 Last month, Schuylkill County and the surrounding areas experienced an unusual and plentiful amount of rain; however, one small borough received a little more than most. With a population of just over 700 people, the main street of Gilberton was transformed into a river of eight feet of water. Since the water levels were progressively rising, multiple people had to evacuate their homes into boats to get to safety.

Officials reported that the peculiar amount of water was partially the result of construction and clogged drainage pipes on a bridge in the town. They believe that the bridge and its piping system was unable to contain the rushing waters of the Mahanoy Creek, which caused Main Street to flood. Gilberton’s drainage and piping system was severely damaged. Eventually, six pumps from New Jersey were used in draining the water levels and are currently serving as the primary way to move water through the town. The Pennsylvania Department of Transportation (PennDOT), an agency that supervises issues of transportation for the state, was working on construction for the bridge before the flooding occurred.

Local towns and organizations partnered together to supply the residents of Gilberton with life essentials, such as food, water, and clothing. Organizations, such as veteran groups and Boy Scouts, and businesses, like Lowe’s and Advanced Auto, have donated to the relief fund. Only 3 miles away, Girardville, another small community, donated cleaning supplies to help people restore and disinfect their homes. Items included gloves and cleaners, along with clothes, rags, and non-perishable food. The mayor and residents of Gilberton started a donation drive for the families of the damaged homes. They expect that the town will need a substantial amount of financial help in order to restore the town’s water system and appearance.