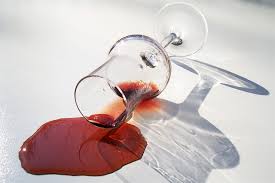 Weird, quirky, and unique legal cases are always the source of intrigue.  Many times, lawyers, law firms, and those familiar with law are confronted with questions regarding individuals’ or their kin’s rare legal issues.  Most legal knowledge found online and through casual sources will be generic and almost definitely not personalized, which makes it tough to find answers regarding these unique cases.  A recent legal battle involving a woman, a country club, and a staff member of the country club highlights the hoops you may have to jump through just to receive proper compensation.

The battle stems from an October 29th lawsuit filed by a female patron of the Alpine Country Club of New Jersey, in which the woman claims a waiter of the club spilled wine on her seemingly irreplaceable $30,000 handbag, while she enjoyed dinner at the club.  The club denied all liability for the incident and even went as far as to sue their own employee (the waiter) for the damages caused to the woman’s handbag.  The handbag, which is typically a relatively inexpensive accessory, was a rare, discontinued Hermès Kelly bag that was gifted to her by her husband for her 30th birthday.

The representation for the woman affected by the spill admitted it was an accident, but also mentioned it was necessary to specify exactly what happened and who did it.  According to documents, the waiter is not mentioned by name, but rather “John Doe.”

The attorney also clarified that her and her client were not blaming or suing the waiter.  She is quoted in a USA Today story, saying, “We’re not. Not at all. You go to any restaurant. You have a leather jacket on, $100, $50, $20. If a waiter spills on it and it’s destroyed, you’re expecting the restaurant to compensate you for that particular item.”  She continued, “They did not have to sue their own employee…It basically shows that they really are acting in bad faith.”

The current situation sets up for a triad of entities suing each other in court.  With the woman with the ruined purse suing the country club, and the country club suing their employee who spilled the wine, a legal ring-around-the-rosy is imminent. In Pennsylvania, an employer such as the country club most likely wouldn’t be able to deny liability, but they may be able to indemnify themselves, or recover what they owe the woman from the employee.  In order to indemnify themselves, the country club would need to prove negligence on the part of their employee. Sticky situations like these operate as great examples for how unique and messy legal issues can cause headaches and be misleading for all involved. However being that this case is in New Jersey, things may be a little different as negligence is based on state law.

If you or someone you know ever ends up with a confusing, frustrating, or complex legal issue, it’s extremely important you do your due diligence and hire representation with the capabilities, time, resources, and drive to fight for what you’re owed.  It’s never too early, but it can be too late.  For any information regarding legal issues, questions, and cases, contact O’Connor Law by phone at 1-800-518-4LAW, or surf our website (www.oconnorlaw.com). A representative will set you up with a FREE consultation and start you on the path to receiving proper compensation.