French tire company Michelin is voluntarily recalling nearly 104,000 tires produced by their North American brand, BF Goodrich. The company says the tires’ sidewall can rupture during use under certain conditions.

The tires are primarily found on commercial light trucks, as well as full-sized heavy-duty vans, small RVs and some 3/4 and 1-ton pick-up trucks. They were manufactured between 2014 and 2015 and came in several different types.

Automobile parts recalls are common and the majority of companies issue voluntary recalls before the defects become an issue. For Michelin – the third largest tire company in the world – this is the third recall since 2013. Recalls for automobile parts are also some of the most expensive recalls of any industry. In 2010, Toyota reached a $1.2 billion settlement after announcing recalls of approximately 5.2 million vehicles for a pedal entrapment/floor mat problem, and an additional 2.3 million vehicles for the accelerator pedal problem. In 2000, Ford Motors settled out-of-court with Donna Bailey, a 44-year-old woman who was left paralyzed from the neck down after a defective tire was the cause of her wreck in a Ford Explorer. While the exact terms of the settlement were never released to the public, estimates range from $20 million to $35 million.

No injuries have been reported in the case of the most recent Michelin recall.

The company has been sending letters to customers all month explaining the problem and informing owners of how to get free replacement tires. 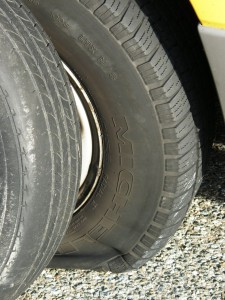