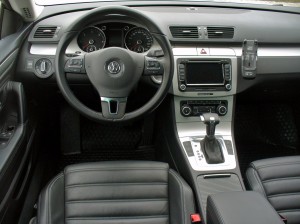 The car manufacturer initially refused a government mandated recall to fix the defective airbags, claiming that recalling the vehicles was unnecessary. Eventually, according to the National Highway Traffic Safety Administration website, Volkswagen cooperated and went through with the recall.

The recalled vehicles include U.S. Audi and VW vehicles between the years 2006 to 2014. There are roughly 850,000 vehicles involved in the recall. In a letter to the safety agency, Volkswagen argued against the recall by stating that many of the vehicles had perfectly functioning airbags made at the Takata factory in Germany.

However, just last month 5 million vehicles with the German factory airbags were recalled after one exploded and killed a man in South Carolina.

The Takata airbags differ from other companies’ airbags in that they use a small chemical explosion to inflate. When in the wrong temperatures and humidity, the chemicals can cause the metal container they’re stored in to burst, causing dangerous shrapnel to fly into the car’s driver or passengers.

Ten deaths and 139 injuries have been reported from the defective airbags.