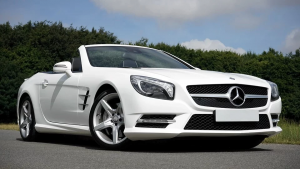 The National Highway Safety Traffic Administration (NHSTA) has been on top of this recall and elaborated on exactly what the defects are and how they can impact your Mercedes-Benz.  Last week, they offered this, “The bonding between the glass panel and the sliding roof frame may deteriorate, possibly resulting in the glass panel detaching from the vehicle.” The National Highway Safety Traffic Administration also claims Mercedes-Benz will notify its owners on or after February 14th.  The company is expected to offer free inspections and replacements to those possibly afflicted by the recall.

The following is a comprehensive list of all models possibly affected:

If you suspect your vehicle may be subject to recall, it’s vital you check with the NHSTA and automaker.  In cases like this Mercedes-Benz recall, a detaching sunroof can cause serious harm or even death to other drivers.  Detaching sunroofs can fly off of your vehicle, causing those you share the road with to be struck directly by the detached sunroof or swerve to avoid it.  Extremely hazardous driving conditions will result from sunroofs detaching, putting drivers at severe risk.

For complete access to possibly affected Mercedes-Benz vehicles or to check your VIN number, visit https://www.mbusa.com/en/recall .  If you or someone you know has been impacted by a recall or consequences from faulty recalled artifacts, make sure you contact an attorney to discover what those impacted are entitled to.  For more information on recalls and possible solutions, visit Oconnorlaw.com or call us at 1-800-518-4LAW.  We are proudly serving Pennsylvanians for over 30 years!